MSA > About Us > Leadership Team 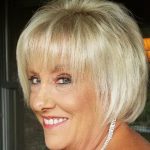 Tami attended Indiana State University, majoring in Psychology. She entered the recruiting industry in 1984, initially as a Generalist for a national recruiting agency. She was awarded “Rookie of the Year” her first year in the business for outstanding production. During her tenure, she was promoted to management and began focusing efforts on developing client relationships within the Financial Services industry. In 1987, Tami started a Dallas based retained search firm with a former Client, specializing in the Mortgage Banking industry. She was subsequently promoted to Senior Vice President, specializing in Mergers, Acquisitions and “team hires” in addition to Production Management recruitment. During her nine years with this firm, she produced 68% of the revenue generated company- wide and became the leader in Business Developed as well as repeat business. She contributed to several on site client Training Seminars in “Effective Recruiting Strategies” and special projects.

Tami was subsequently approached by one of her largest clients, a Fortune 500 mortgage banking firm, to join their team as National Recruiting Officer throughout the acquisition and development of the company’s Home Equity division.

In 1999, Tami formed Mortgage Search & Acquisition (MSA) and has continued to serve the national mortgage banking and financial services community. She has retained many clients that use her services exclusively for their expansion and recruitment needs, as well as continuing to focus on developing new relationships with lenders seeking an experienced recruiting partner. 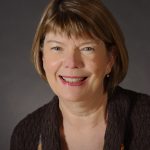 Bretta joined MSA in 2017 after 25 years in the mortgage business, where she worked in wholesale, correspondent and retail.

During her final 8 years in the business, she was Regional Manager responsible for 12 states with PHH Mortgage where many of her responsibilities were focused on recruiting and building strong teams. That experience has translated well to being an executive recruiter for MSA.

Prior to being promoted to Regional Manager at PHH Mortgage, Bretta was in the President’s Club for 4 years for sales production; she was the Midwest MVP 2 years for contribution in leadership and production; she was on the steering committee that worked with senior management for the betterment of the sales force; she was on the Power Pack Committee to develop and review training and marketing materials and she was a 3 time national speaker at national meetings. She served on the Regional Manager Steering Committee while in a management position

Her previous mortgage experience was with

North American Mortgage Company where she was Business Development Officer and Countrywide where she was Manager of National Accounts , Wholesale Account Manager and Builder Services Representative. 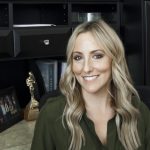 Mary joined MSA in 2014, after 10 years of Executive Sales experience. From 2006 to 2014, Mary led Sales for Sage Technologies, promoting promotional products for the Midwest region. In addition to sales, Mary was responsible for set design, marketing strategy and staging for industry showcases in major metropolitan markets throughout the United States.

Mary was nationally recognized for superior production every year at Sage, increasing annual sales by a minimum of 20% each year since 2006. In 2013, she was chosen by the CEO to lead public speaking for major Marketing events with over 200 attendees.

Prior to joining Sage, Mary was in the high end Retail industry in Dallas, promoting designer jewelry for Neiman Marcus, where she was a candidate for the Neiman Marcus Executive Recruitment Program.
Mary earned a Bachelor’s degree from the University of Texas at Dallas and heads the Denver office for MSA, where she will be focused on identifying production opportunities and leadership candidates for MSA’s client base. 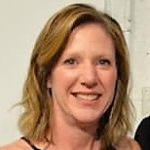 Kerry has been a Human Resource Professional for over 20 years. She began her HR career as a Recruiter before moving into Employee Relations and back again to her love of Recruiting.

After working for two of the largest temporary staffing agencies in the country, Kerry took on an HR Generalist role with an auto finance collections call center where she developed and implemented Recruiting and HR policies and procedures. Her mortgage career began with PHH (Cendant) Mortgage as a Recruiter. She worked closely with the Executive leadership team to develop recruiting strategies and ensure hiring goals for the national sales force were met. Kerry soon took on additional HR responsibilities when she was promoted to HR Manager and later Director of HR where she was responsible for policy for PHH’s National Real Estate Field Sales Team, the Jacksonville origination and processing operations offices, and 7 subsidiary companies comprising approximately 2000 employees.

Prior to joining PHH, Kerry’s husband accepted a position in Vienna, Austria. They sold their house and said goodbye to friends and loved ones and spend 3 amazing years in Europe. During that time, Kerry was able to spend some time as a virtual recruiter for a mortgage company in Washington.

Upon returning to the US, Kerry continued her recruiting career with Xelerate, LLC as a Senior Talent Acquisition Partner where she partnered with and recruited for clients in a variety of industries including accounting and IT, but focused predominantly on sales positions throughout the country.

Kerry joined MSA in 2018 to return to her passion for recruiting within the mortgage industry.  She will head up the Denver, Colorado office of MSA and provide valuable insight and strategic recruiting skills for MSA’s client base.